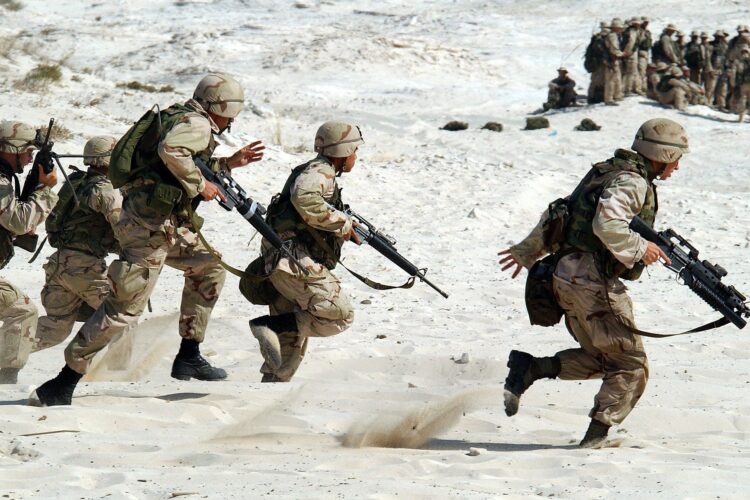 Today, the world woke up with the thunder of missile explosion on Ukraine Airbase and Airports. The much-awaited Russia and Ukraine conflict, Post-Soviet Era, took place on 24th Feb,22 in the form of the full-scale Russian invasion of a weaker country, Ukraine after all the talks from America and NATO Nations, which is primarily a group of European Countries failed to persuade President, Mr. Vladimir Putin, to deescalate the tension which is expected to jeopardize the geopolitical situation. And, if America jumps into this war, then the probability of the Third World War cannot be ruled out. Russia and Ukraine conflicts date back to the year 2013-14. To understand the reason for Russia and Ukraine Conflict, let’s 1st understand briefly about Ukraine.
Ukraine is the second-largest country by area situated in Eastern Europe, after Russia. It’s also the eighth-most populous country in Europe. It borders East and North-East countries like Belarus, Poland, Slovakia, and Hungary to the west. Ukraine, which was a part of the Soviet Union got independence after the dissolution of the USSR IN 1991 and declared itself a neutral state. Ukraine had formed a limited military partnership with Russia and other Commonwealth of the Independent States, which was formed after the dissolution of the Soviet Union, and also established coordination with NATO in 1994 The actual seed of escalation between the Russia and Ukraine conflict took place in 2013 when President Victor Yanukovych decided to suspend the agreement between Ukraine and European Union Association and started moving closer to Russia for better economic ties. This led to the “Revolution of Dignity “following a series of long waves of protests and demonstrations in which more than 100s of Ukrainians were killed and a memorial was alsoset over there in their memories. It’s also known as “Euromaidan “which overthrown President Victor Yanukovych, and a new government was formed. Russia had invaded Ukraine in February 2014 and annexed Crimea from Ukraine, in other words, Russia forcibly occupied Crimea. People in the eastern part of Ukraine largely speak the Russian language and are much closer to Russia. One of the reasons for the Russia and Ukraine conflict is that Russia has recognized the independence of two breakaway regions of Eastern Ukraine’s Luhansk and Donetsk People’s Republic and met two separatist leaders in Moscow who asked for assistance. This move by Russia is actually be seen as the breakage of a sovereign nation which is strongly condemned by Western Leaders, and it escalated the threat of war. Ukraine, for its safety and sovereignty, wanted to be a part of NATO which is a group of 30 Countries including America, France, Germany, England, etc. Russia had asked the West for an assurance that Ukraine won’t be included in NATO’s defense alliance since Russia understands that the groupings may expand its footprint to the border. Western Countries had rejected the demands of Russia that any independent country has the right to join the defense alliance, NATO for its safety and integrity. Since Russia understands that the current PM of Ukraine is having a pro-West approach and is a puppet of America, which had irked Mr. Putin very much and ordered his army to launch an Air, Water, and Land attack on Ukraine.
NATO and their allies, especially America, England, and France have condemned this attack and threatened to put economic and other sanctions on Russia which Mr. Putin hardly paid heed to. Ukraine was in the assumption that NATO will send its army to fight against the Russian invasion, but the American President has ruled out any such probability, and now Ukraine has to fight its existence on its own. The silence and not a serious condemnation from many parts of the world will set a bad precedent for such invasion of a sovereign country. Ukraine has to pay the price of choosing its right to protect against a Super Power. America and NATO declined to fight against the Russian Army in Ukraine, and UNO is helpless in this regard. This will lead to only devastation and actually, it’s a fight between an Ant and an Elephant.